The Role of Birth Control in Nutrient Depletion

Did you know that your birth control might put you at risk for having nutrient deficiencies?!

It has become incredibly common for women to regularly take oral birth control pills. As stated by the CDC, in 2017, 22% of women in the US were taking the pill as their chosen form of contraception.

In this blog post, I want to share with you what nutrients you may be low in from your birth control pills.

So, why is this a concern? Well, low nutrient levels can lead to a variety of bothersome and unwanted symptoms. The nutrients we'll be talking about include B vitamins like B12, B6. Riboflavin, and Folic Acid, along with other nutrients such as Magnesium, zinc, and Vitamin C.

Let's start with the nutrient that is estimated to be low in a whopping 75% of Americans!

This nutrient is known to benefit bone health, muscle and nerve functioning, diabetes, and those who experience migraines. People can be deficient in Magnesium for different reasons, however women taking oral contraceptives are at a higher risk for deficiency. Birth control actually has the ability to reduce levels of magnesium in the body. Some symptoms of magnesium deficiency are muscle pains, nausea, vomiting, weakness, osteoporosis, fatigue, high blood sugar, headaches/migraines, and premenstrual syndrome (PMS).

Wait. PMS? Isn't that a normal part of having a period?

NO, it's actually not. You shouldn't consistently experience bad PMS while on your period. You should not be dealing with severe PMS symptoms that interfere with your everyday life!

So, the point is, in order to combat the symptoms of magnesium deficiency, women taking oral birth control pills should try to be extra aware of their magnesium intake. Women can include more food high in magnesium into their eating plan or take a supplement if that is preferred.

The RDA (Recommended Dietary Allowance) for magnesium in women is about 310-320 milligrams (mg) per day.

Some foods high in Magnesium:

This nutrient is known for its relationship with the brain, and more specifically mental health. B6 is very important to the central nervous system and plays a role in the production of neurotransmitters. It may be beneficial for mood regulation, brain function, reducing symptoms of depression, and managing PMS.

It has been found that the correlation between birth control pills and depression may be a result of the pill's tendency to cause Vitamin B6 deficiency. It is necessary for the body to have enough Vitamin B6 in order to produce the chemical serotonin, which stabilizes a person's mood. The most prominent symptoms of Vitamin B6 deficiency are irritability, depression, PMS, memory loss, and poor concentration.

Hold on a minute, does that mean oral contraceptives can contribute to depression? Is the pill responsible for moodiness?

Well, what happens is long term use of the pill could be depleting your body's levels of Vitamin B6, which could then bring those issues to the surface. Now, this doesn't mean you should stop taking the pill in order to avoid a depletion, but you should take the necessary actions to support your health and monitor your nutrient consumption. To alleviate the symptoms of a deficiency, women can make the necessary changes to their diet and consider the use of a supplement.

The RDA for Vitamin B6 for women is 1.3-1.5 mg per day. The highest amount of B6 is found in beef, fish, starchy vegetables, and fruits that are not citrus-based.

This nutrient is necessary for producing collagen, supporting the immune system, healing wounds, and bone health. Vitamin C is an antioxidant and is crucial for boosting immunity and fighting chronic diseases.

Have you ever been told to focus on getting some Vitamin C when you're sick?

We've all heard the idea that Vitamin C is detrimental for fighting off or preventing the common cold, right?! Vitamin C truly has a reputation for benefitting immune function.

Oral contraceptives like the pill have been found to potentially cause a depletion of Vitamin C, and therefore reduce its beneficial effects on the body. Some common symptoms of Vitamin C deficiency are scurvy, arthritis, gingivitis, poor wound healing, and infections. The possible lack of Vitamin C from taking birth control prevents the body from fighting off infections well.

Becoming deficient in Vitamin C is not good for your overall health status, and over time can be degrading to oral and physical health.

The best quality of Vitamin C comes from citrus fruits or juices, and many vegetables.

Some food sources high in vitamin C are:

This nutrient supports metabolism and immune function within the body. Zinc is important for gene expression, release of hormones, healing from wounds, neurological function, as well as growth and development.

Some symptoms of a zinc deficiency are weakened immunity, lack of appetite, changes in taste, poor wound healing, and diarrhea. When levels of zinc are too low, a person is much more susceptible to diseases and sickness.

Research has revealed that women taking oral birth control pills were displaying a lack of zinc as well as low bone density. Women may also experience acne, hair loss/thinning, or loss of period related to zinc deficiency. These are common side effects while being on birth control, but it may be caused by inadequate zinc levels.

Whoa, those are some serious side effects from birth control and zinc deficiency. Do you know anyone who has lost their period?

Well, in some cases oral contraceptives may be responsible for amenorrhea caused by nutrient depletion. The disappearance of a regular and healthy menstrual cycle is a huge concern, and there's a chance it relates to a deeper issue with birth control. Usually we wouldn't guess that an oral birth control pill could be causing a woman to lose their period, but in reality, this is possible!

For women, the RDA for zinc is 8mg.

Some good dietary sources of zinc include:

This is a nutrient that works to maintain the health of nerve and blood cells, promotes red blood cell production, creates DNA, prevents anemia, provides support for energy production, and aids brain development. Additionally, Vitamin B12 is considered essential, therefore the body needs it in order to function properly.

In knowing that, it's very beneficial for women to be increasing their Vitamin B12 intake especially while on the the pill.

Where can you find good sources of B12?

The best quality of Vitamin B12 comes from animal foods, and some dairy sources of dairy.

Some examples would be:

The most common symptoms of Folate deficiency are poor appetite, tongue inflammation, irritated gums, shortness of breath, brain fog, and irritability. A deficiency in Folate tends to result in Folate-deficiency anemia, where there is not enough Folate in the blood. When this happens, red blood cells will not be produced in adequate quantities.

The RDA for Folate for women in 400 micrograms(mcg) per day.

The best quality of Folate can be found in legumes, many dark leafy green vegetables, rice, pastas, grains, and meat products.

Also known as Vitamin B2, Riboflavin plays a role in energy production, normal cell growth and development. It also assists in the breakdown of carbohydrates, proteins, and fats in the body. Riboflavin impacts the development of a person's skin and status of the lining within the digestive system. This nutrient also affects the eye health by protecting the antioxidants that are found in our eyes.

It has been discovered that oral contraceptives are linked to cases of women facing deficiencies in Riboflavin. Some of the symptoms consistent with a Riboflavin deficiency are gingivitis, eye irritation or itching, becoming sensitive to light, dermatitis, indigestion, and headaches. Birth control pills are capable of reducing the absorption or utilization of Riboflavin in the body.

The RDA for Riboflavin for women is 1.1 mg per day.

Some good examples of food sources include:

What can I do?

Although women can focus on making dietary changes in order to combat nutrient deficiencies, supplements are sometimes needed as it can be difficult to replace a low nutrient level with just food. Further, you could check your cellular nutrient levels by working with a function medicine dietitian. We offer a free gut health call at Oswald Digestive Clinic if you'd like to discuss further, and you can schedule this here.

But WHY can't I just supplement on my own? I thought supplements were safe?

For the most part, they are, but in some cases, they can be dangerous because of medication interactions and other reasons. A person's full medical history should be taken into consideration when making supplement recommendations, as well as the quality of the supplement being recommended due to the industry not being well regulated.

So, do all of these potential nutrition concerns mean that women should stop taking the pill?

We are not giving medical advice in this article, but you should make sure to weight the potential benefits to the potential risks with your healthcare provider.

Additionally, if you were put on the pill for PMS symptoms, it might be time to consider what may have been the root cause of those PMS symptoms in the first place. The pill might simply be a band aid.

These are all considerations you should by weighing out with your doctor. Dietitians do not make any medication recommendations, but we do understand how medications like birth control can impact nutrition.

If you're having issues with the pill, you should look into the possibility of nutrient deficiencies.

Working with a functional nutrition dietitian is important to properly evaluate this.

Overall, I hope that this summary of nutrient deficiencies caused by oral contraceptives gives you abetter understanding of how the pill may be affecting your nutrient status and well-being.

There’s always something to learn! 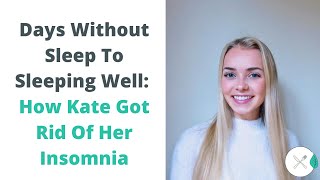 How Kate Got Rid Of Her Insomnia

What is your Poo, Saying to You? 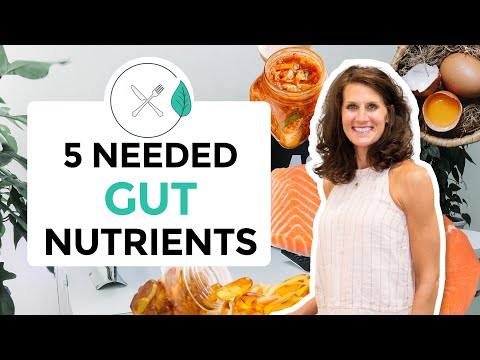 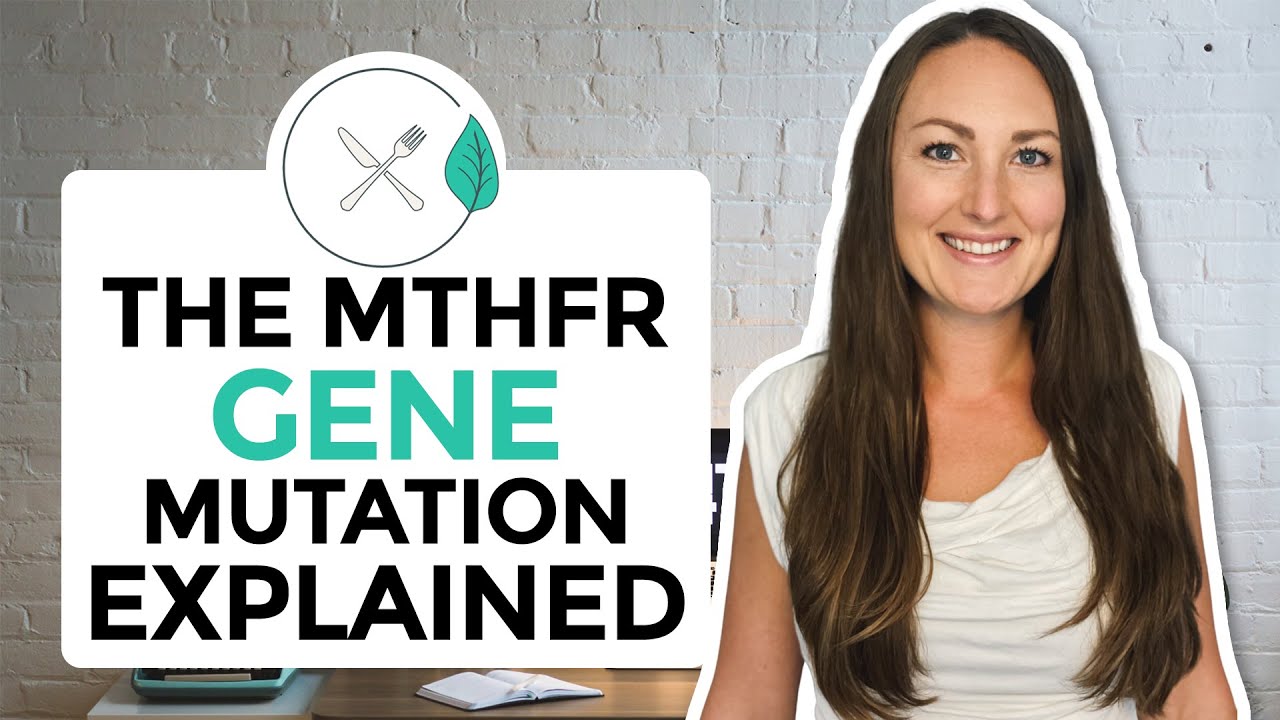 What is MTHFR? MTHFR Mutation Explained 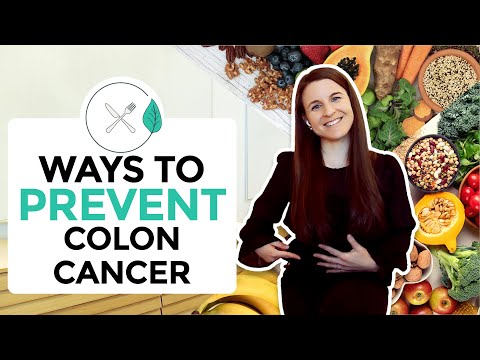 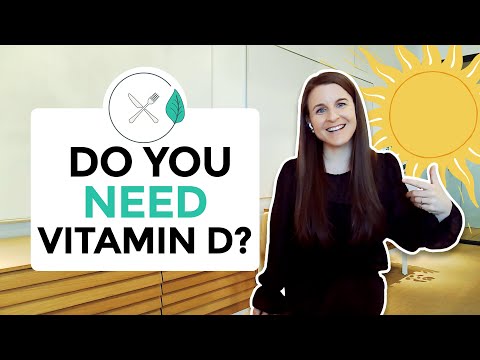 Do You Need Vitamin D Supplements? 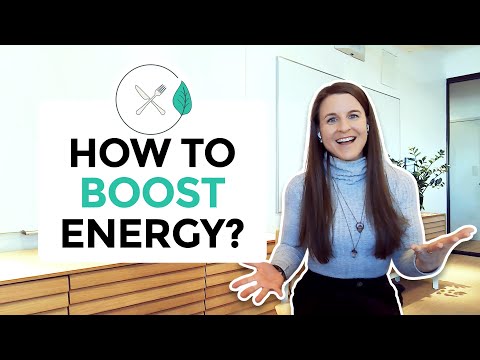 3 Ways to Improve Energy with Nutrition

How Does Digestion Work? 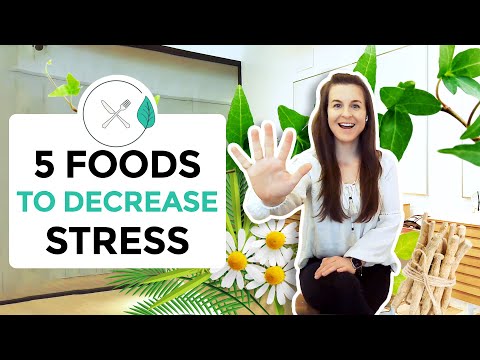 5 Foods That Can Decrease Stress & Why 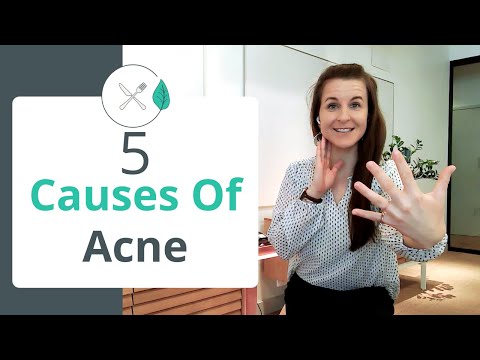 5 Possible Causes Of Acne (by a dietitian) 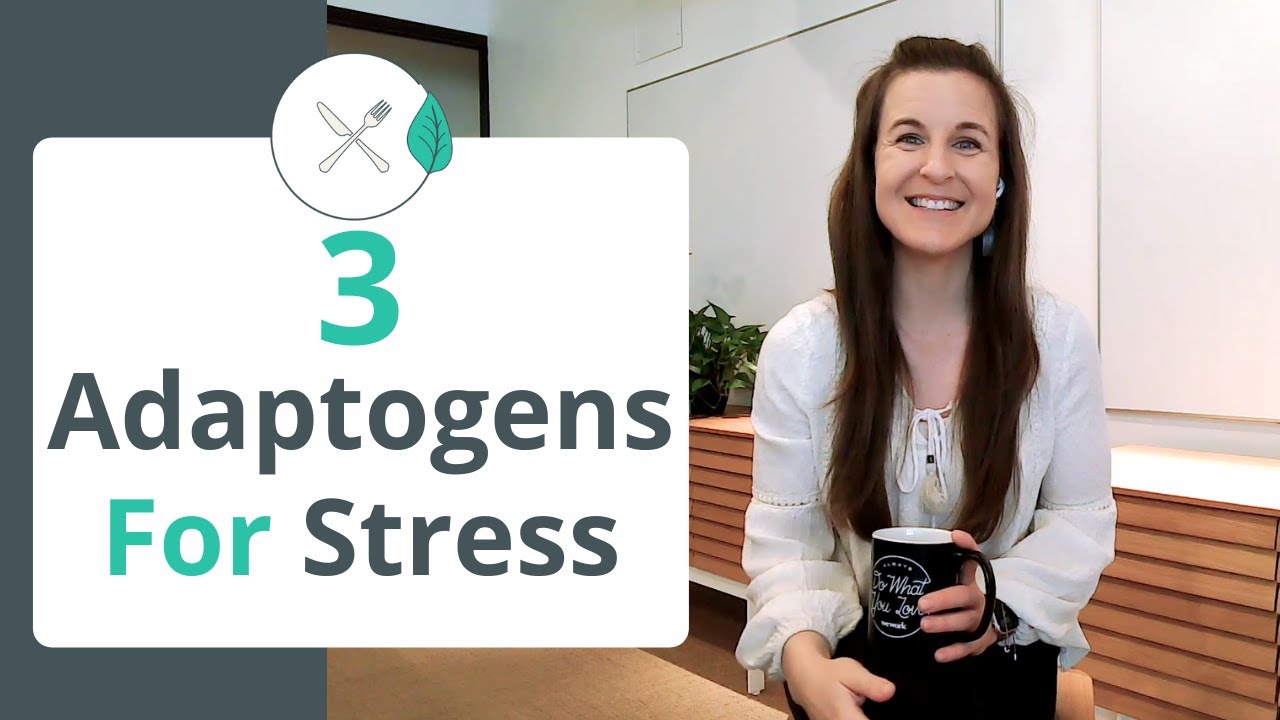 3 Adaptogens For Stress And Anxiety 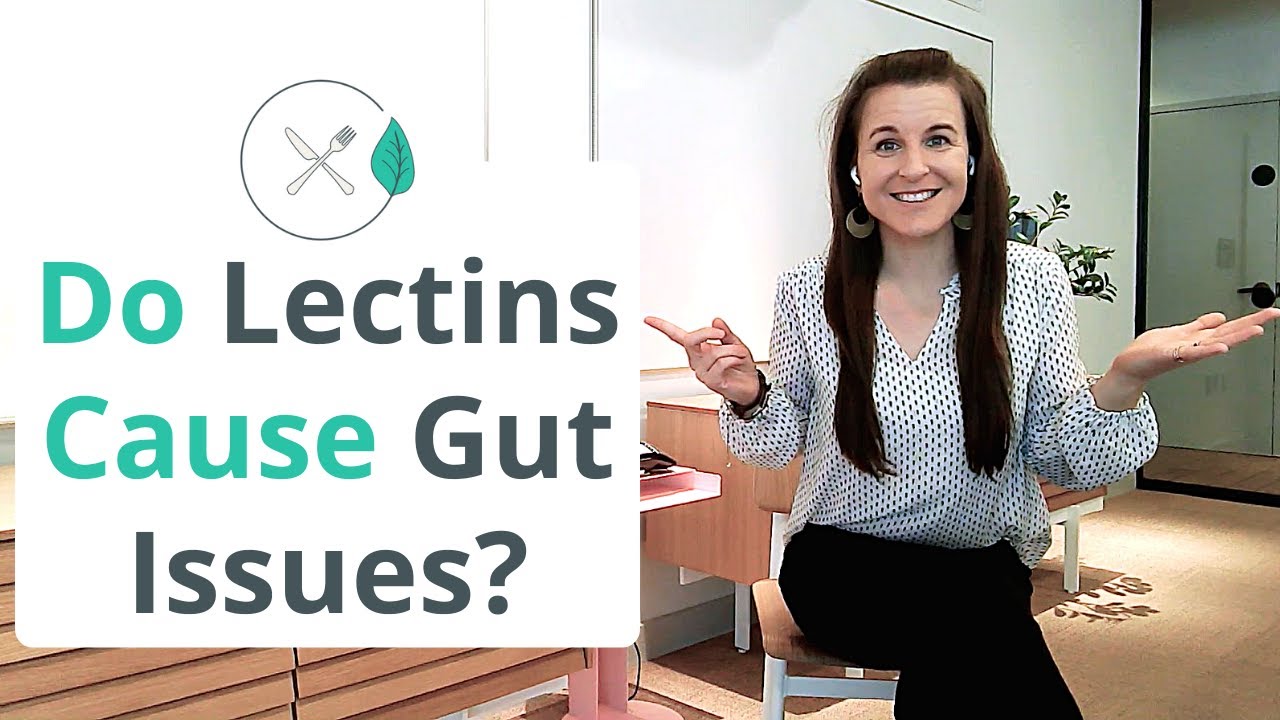 Do Lectins Cause Leaky Gut & Inflammation?